Hello, we participated as a team in Syskron Security CTF 2020 held between October 21-26. We finished the competition with 3420 points as 23rd.

Below you can find the questions we solved in the competition. 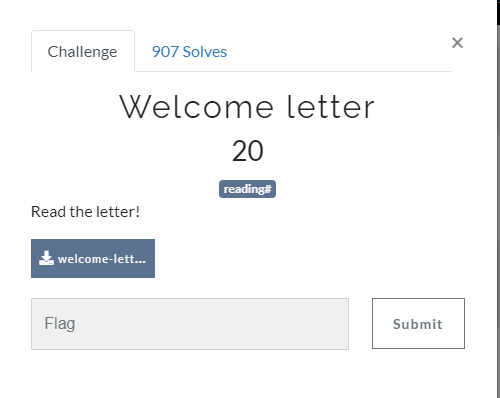 When we open and read the pdf file given to us, we find the flag. 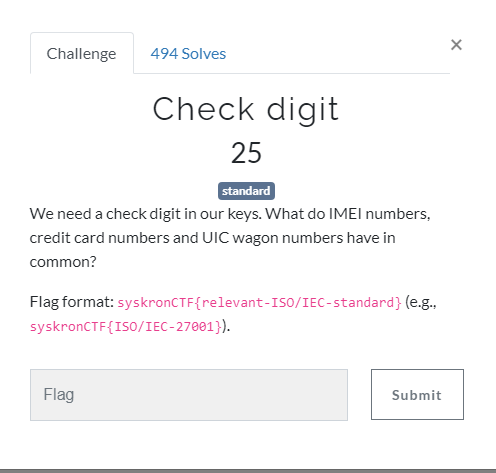 If you search for the IEC standard imei check digit query on Google, you will see Luhn Algorithm.

Here is the ISO standard we are asked about. 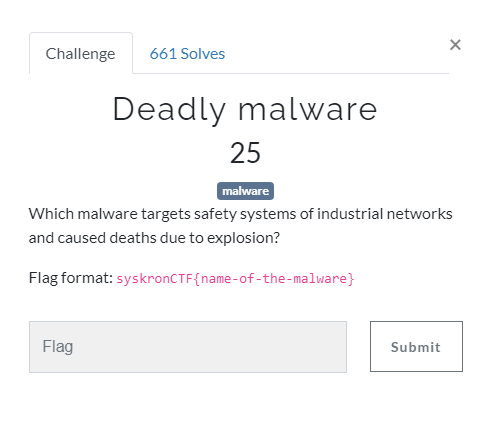 If we search for malware that caused deaths due to explosion on Google , the site top-5-most-dangerous-industrial-cyberattacks appears.

Of the malwares here, triton is the most appropriate . 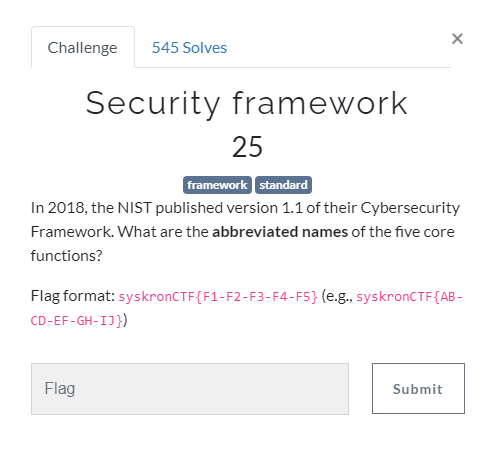 If we read the pdf file when we search for nist securty framework 1.1 on Google, we can find 5 core functions and their abbreviations from the table on page 21 . 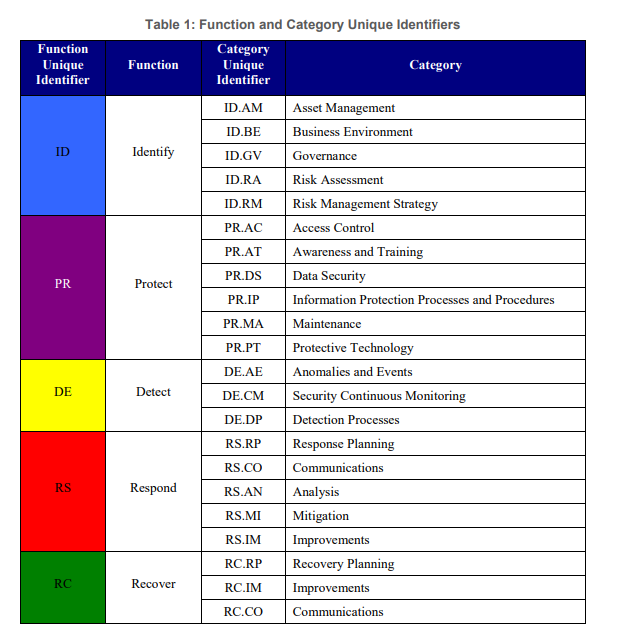 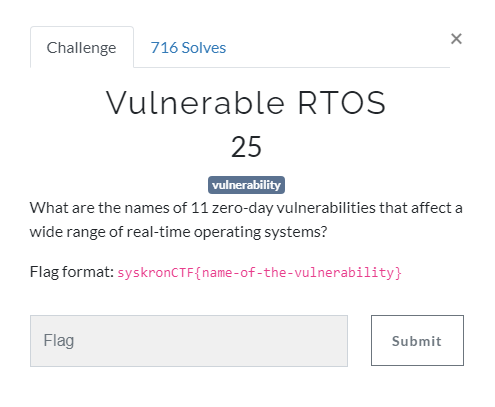 Searching for 11 zero-day vulnerabilities on Google, we find our flag in the first search. 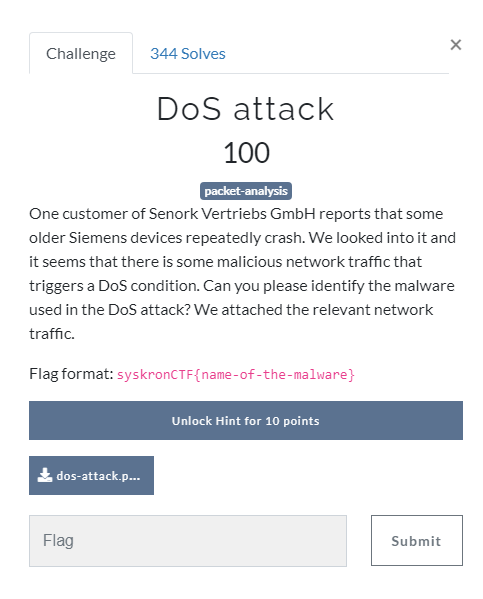 We bought one hint for this question. Hint was They bought some older SIPROTEC 4 protection relays

If we searched on Google for SIPROTEC 4 DoS attack malware , we would find this wikipedia page. 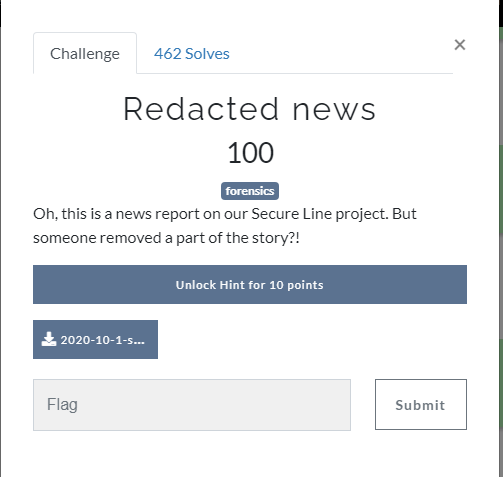 There was a censored area in the picture attached to the question. 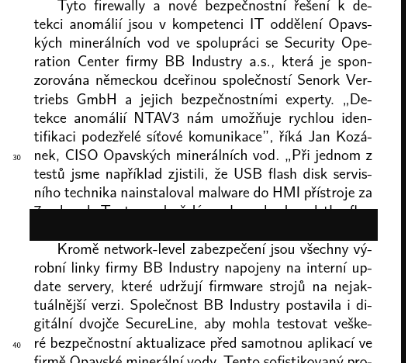 The flag appeared when we opened the image with stegsolve.jar and played with the color channels. 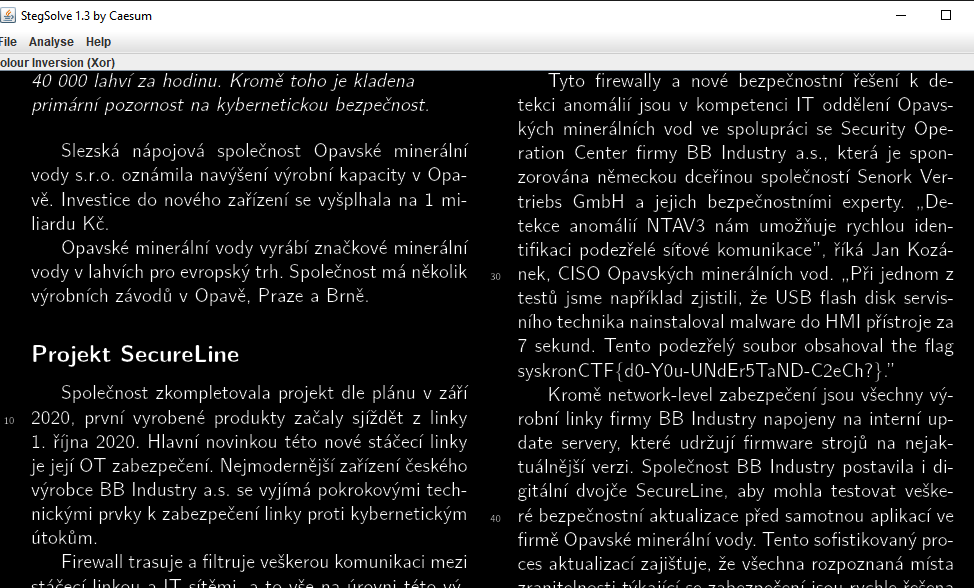 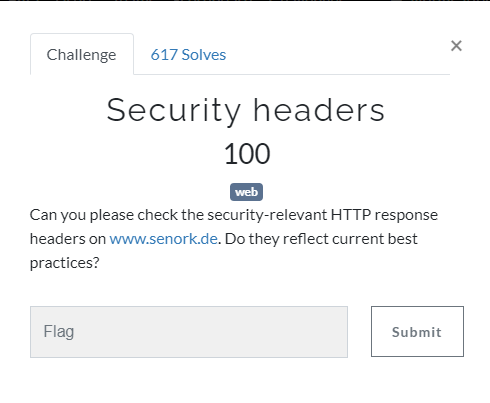 When we opened the Network section in the Developer Tools in Chrome and went to the site given in the question , we saw that the flag was in the response header. 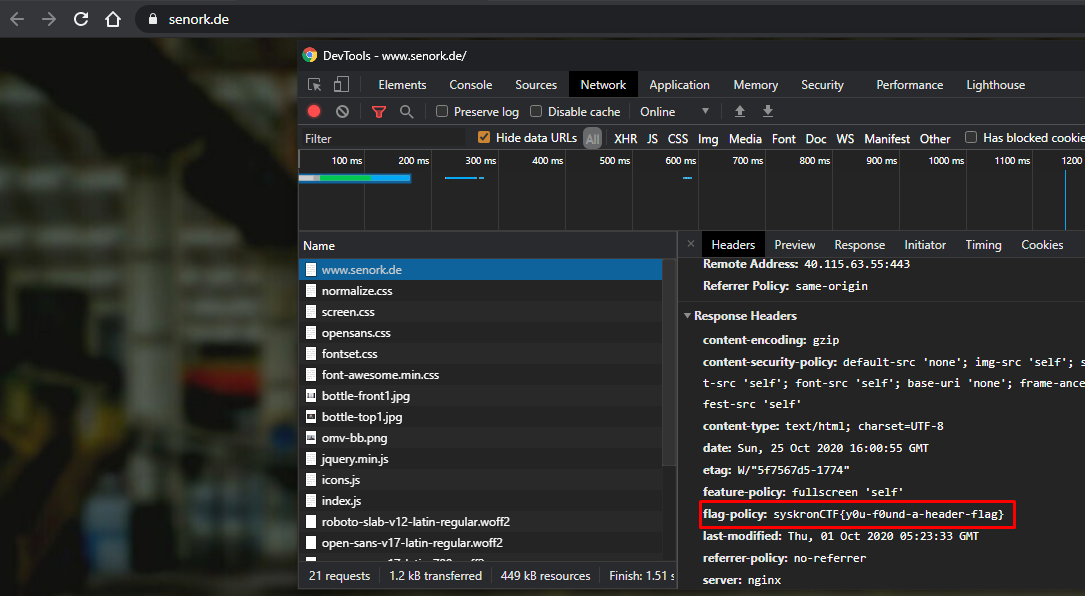 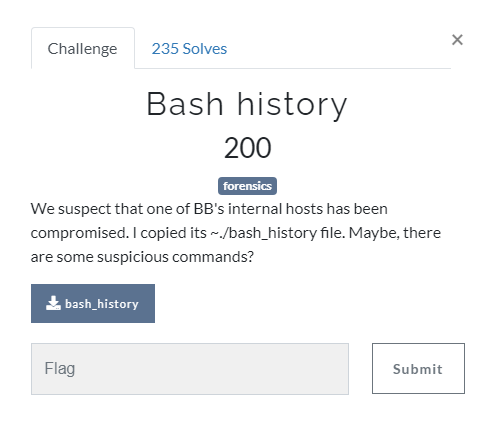 When we opened and looked at the given file, we saw that most commands are normal, while some contain hashes encoded with base64.

We have decoded all the hashes using the this CyberChef recipe .

The second was xYTjBNR3hsTFdGc2JDMUVZWFJoSVNGOQ== . We were pretty sure that it was base64 because of the ending equals signs, but it was not decoded in any way.

Since we found the first part of the flag , we wondered if xYTjBNR3hsTFdGc2JDMUVZWFJoSVNGOQ== is the continuation of ZWNobyBjM2x6YTNKdmJrTlVSbnQwU0dWNU and added the this two end to end.

If we decode the hash we got,

was coming out. When we decoded the resulting hash again, we found the flag. 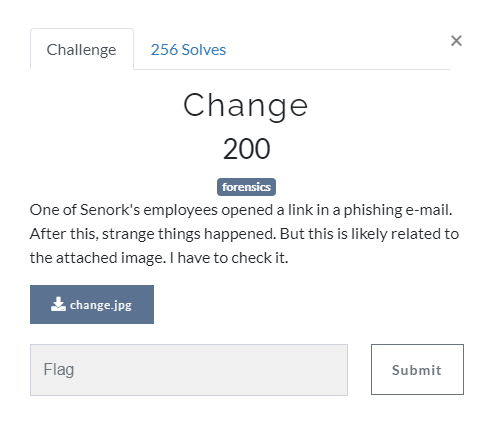 We looked at the iamge given to us with the following command in exiftool.

The copyright section in the results had the this javascript code . 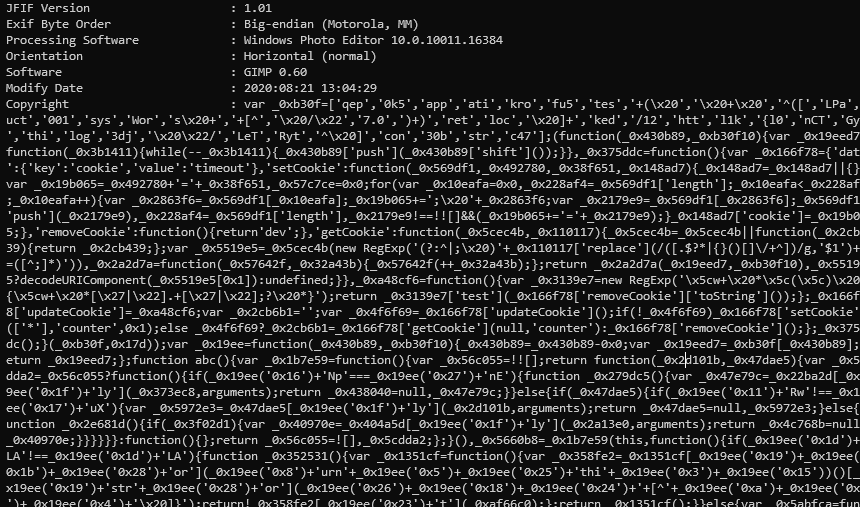 We found the flag by running this code on the Console screen in Chrome Developer Options. 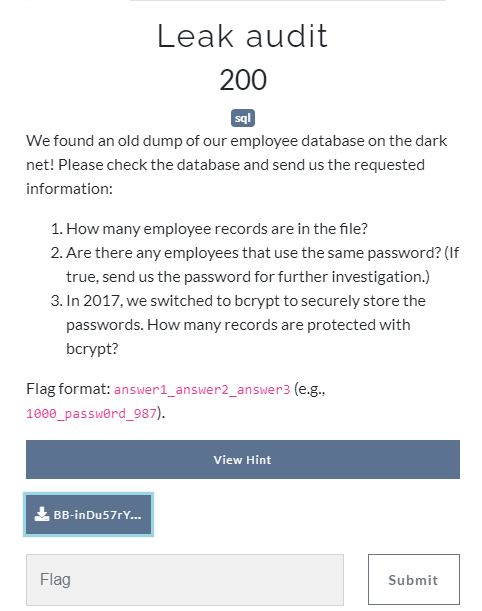 We opened the .db extension file given to us with the DB Browser program.

We made the following queries for each option in the question

1) How many employee records are in the file? 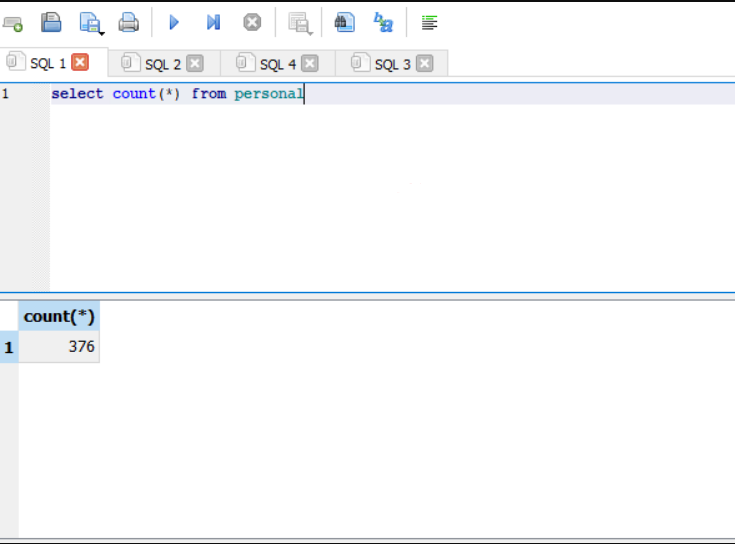 2) Are there any employees that use the same password? (If true, send us the password for further investigation.)

3)In 2017, we switched to bcrypt to securely store the passwords. How many records are protected with bcrypt?

We got the bcrypt regex from stackoverflow sorusundan . 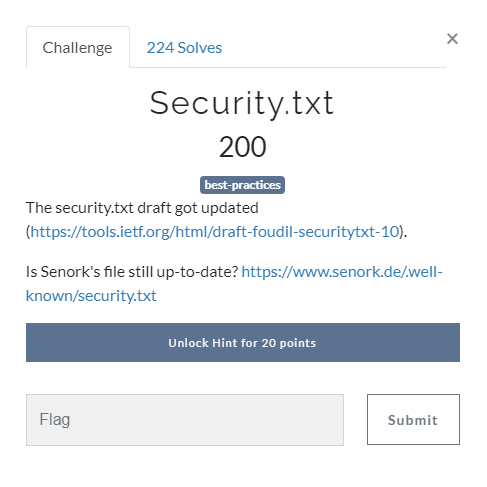 The sites given to us were https://tools.ietf.org/html/draft-foudil-securitytxt-10 and https://www.senork.de/.well-known/security.txt If you cannot access the second site, the txt file is here 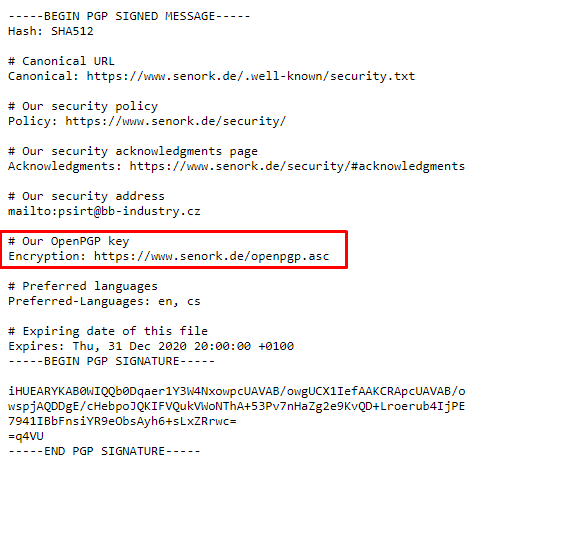 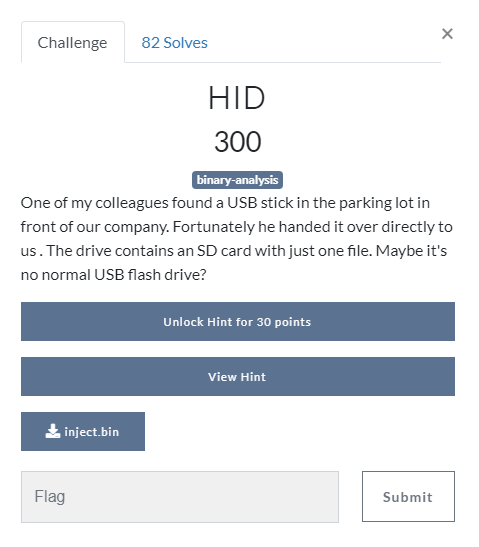 We thought this was related to usb rubberducky. That’s why we decode the binary file given on the ducktoolkit site with the German keyboard layout.

The result was a pastebin linki . This link would be wrong if you did not do it with the German keyboard layout.

Flag was on the pastebin link. 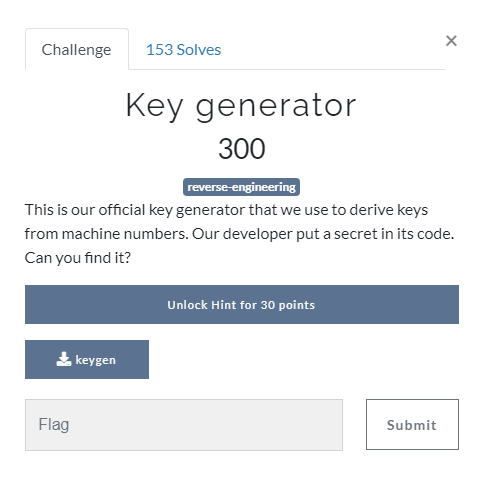 It worked like the picture below, it requested input from us and created a key for us.

We opened it with ghidra to examine it, it was checked whether the input entered in the genserial function is 0x6c61736b612121. Whereas the octal function was called. 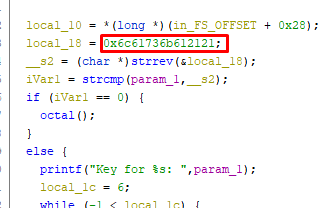 We converted 0x6c61736b612121 to ascii in this cyberChef recipe and laska!! was the hidden input . Then we keygen with this input.

It gave us a lengthy output instead of generating code. 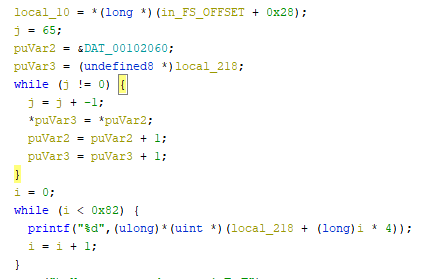 The second while below was suppressing every 4th character of local_218.

209/5000 Since the function name is octal, we thought this output should be octal and the 9s here are delimeter. Because there is no 9 in octal format. Also, the ascii of the first 3 numbers were giving s, y, s.

We wrote a python script that covers all these.

Our flag is out. 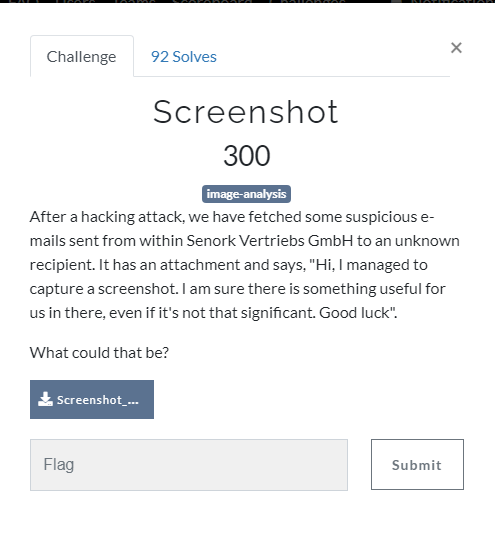 From the statement even if it's not that significant, we understand that the problem is related to LSB (Least Significant Bit).

If we open the picture with stegsolve.jar and look around the channels we see the following message in Red plane 1. A second proof that the problem is related to LSB.

We also see two messages in Green plane 0, the first one is at the bottom right

the second is in the top middle. Since the second is vertical, it gives us the impression that there is a column-oriented LSB.. 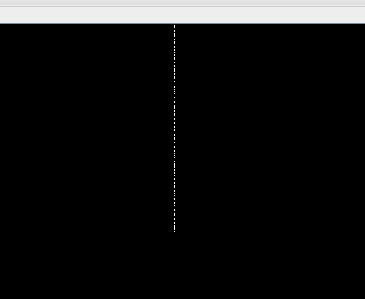 In the stegsolve application, we extract the data with the following options in the extract section. Green plane 0 , LSB, Column 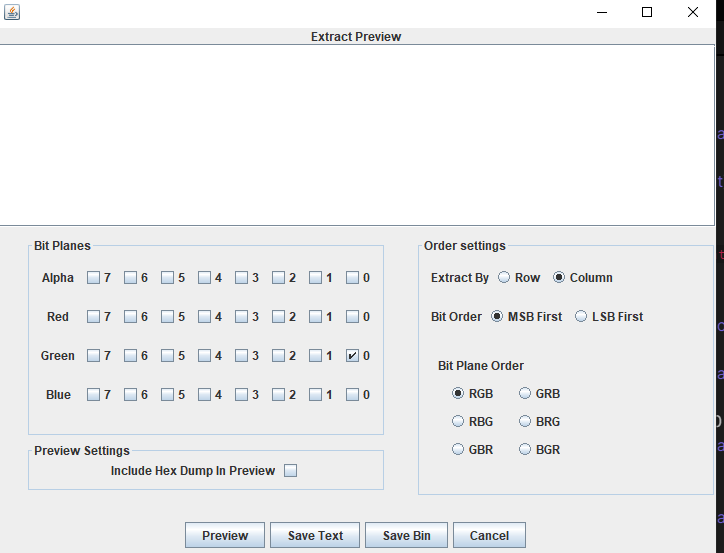 When we search for the ‘s’ character in the output file we find the flag.

After some research, we thought this question was related to the article here. And we searched for http.\\ in .contact files with the help of vsCode.

If we clicked there in the specified contact file, a popup would appear and it would direct us to pastebin link. 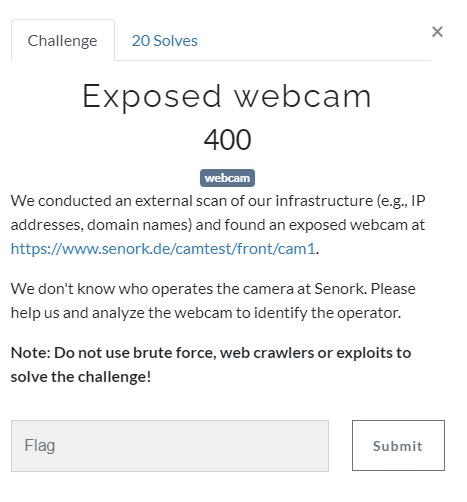 There was a camera on the given site 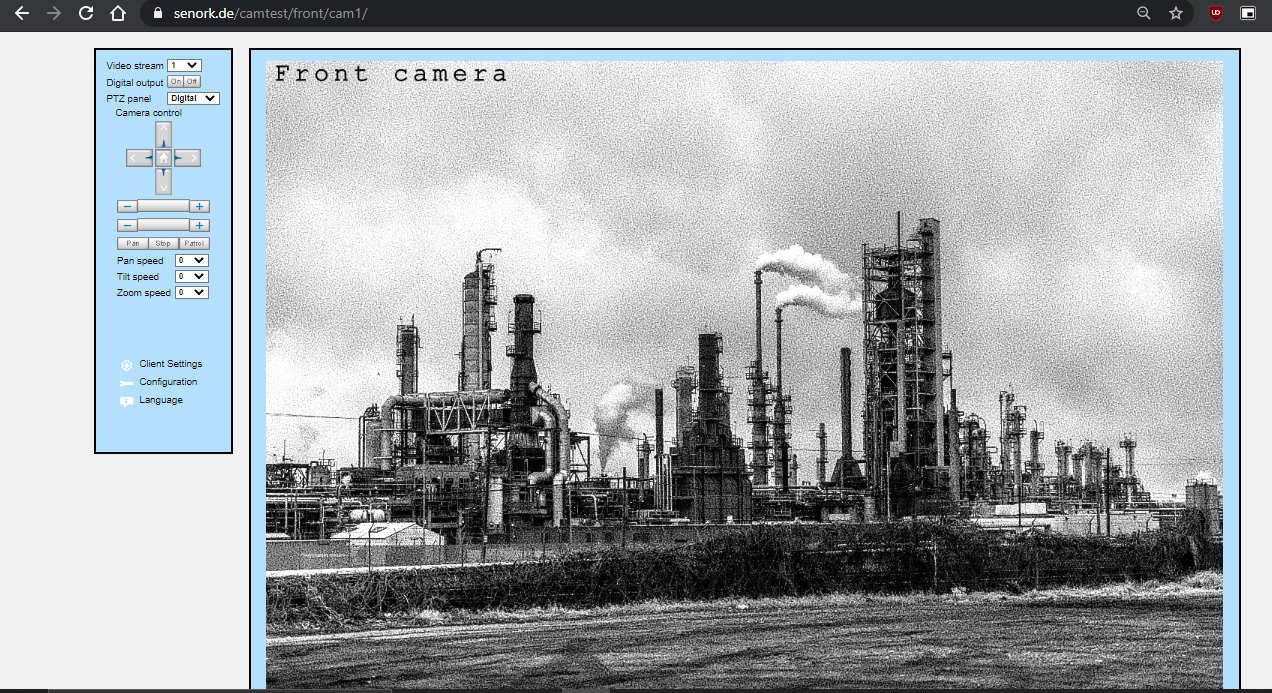 When we reboot the camera following the path configration->maintenance->reboot.

directing us to the error page .

Error code on this site was

The result was look like a file path. So we downloaded backup file from this link This file was originally an encrypted zip file. If the link above is broken, you can download it here. 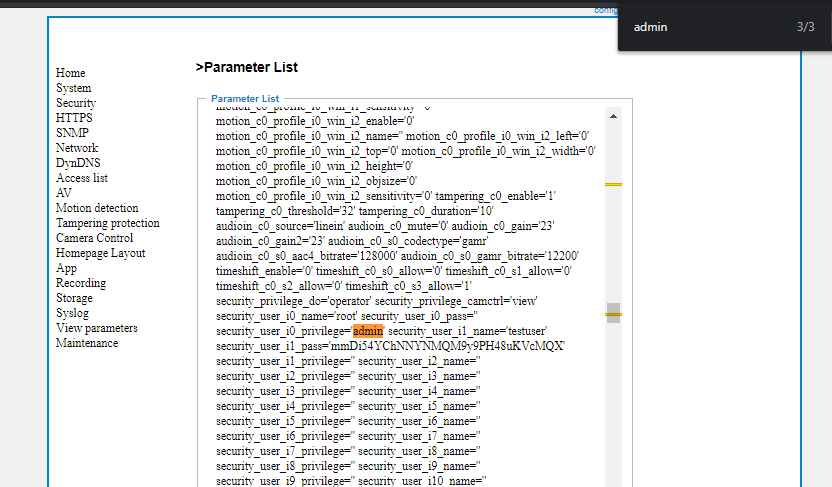 It was mmDi54YChNNYNMQM9y9PH48uKVcMQX. But this was not backup’s password.

Secondly, there was a password cencored with * on the security page. We revealed it with inspecting element and this was the password of the backup file.

From that too, “testuser.backup” came out and at the end it was a normal file with a flag in it. 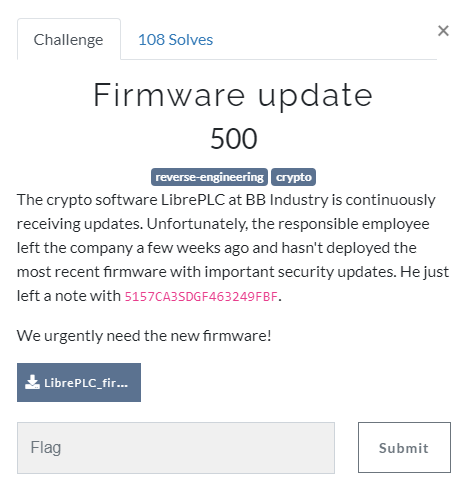 3 encrypted zip files came out of the given zip file.

The flag of the first was given in the Note part of the question, which was 5157CA3SDGF463249FBF.

We opened the first file, there were 2 files. key was a python script and expected us to run it with an argument.

When we run it with the following command

it was printing following output.

This was the password for the second zip file.

There was a file in the second file and we used the command we ran before. And it produced following output.

When he extracted the last zip file, he gave us a file similar to the previous ones. When we opened it with the Hex editor, the flag was at the top.